Arabian Nights is the slot developed in 2005 by NetEnt which has still been extremely popular despite its quite simple appearance compared to more modern slot machines. There is nothing strange the game is loved by millions of enthusiasts around the world as Arabian Nights are the part of the NetEnt’s progressive jackpot network. Since the game was released, it has already changes many of its players into real millionaires! 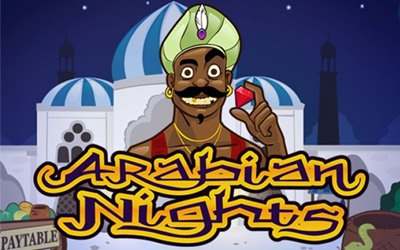 The features of Arabian Nights slot

As you can easily guess, the slot of Arabian Nights is dedicated to the mysteries of the ancient eastern world and the entire design of this video game resembles the style of a popular Disney cartoon about Aladdin.

If you decide to participate in this game, you will join a thief looking for riches in the most secret places of the magnificent palaces. The RTP percentage of this game is 95,6% and its volatility is of a medium level which means your chances of winning will be quite strong.

Arabian Nights has five reels and three paylines making the gameplay quite simple. One of the most attractive features of this slot is the fact it has extremely small bets of the range from € 0,5 to € 5. Since it is important for players willing to get a jackpot to make the greatest possible bets, you can do it on this game without risking to lose large sums of cash.

The major symbol given the greatest prizes on the slot is the image of the thief. You will have more chances of collecting these symbols via the bonus of free spins as well as a wild symbol which multiplies the winnings gained during the round of free spins. The smallest number of free spins is 15 which is offered by three symbols with a lamp.

How to play Arabian Nights slot

The slot of Arabian Nights is played in the simplest way possible. All you need to do is to decide how many active lines you wish to use during the game as well as how much money you are willing to bet. Although the maximum stakes are demanded by progressive slot for winning their jackpots, you can make smaller bets and still count on great rewards.

Unlike many other video slots with progressive jackpots, Arabian Nights guarantees its players a minimum jackpot of 125 000 coins which a greater prize than a usual major reward of the majority of non-progressive games. For that reason, any gambling specialist will recommend you playing Arabian Nights even if someone has just received its jackpot. And, if you are lucky enough to hit the greatest jackpot of the slot, it might exceed even 8 millions of euros!